Google Denmark launched the Danish version of Google Maps yesterday from the morning and in evening they held a small and cosy launch presentation/party at Hotel Skt. Petri in Copenhagen – and a little more in the club Bar Rouge, also in Hotel Skt. Petri. The Addvisors crew from Copenhagen was of course invited…. Thanx to Google for a cosy launch Party.

Google Maps looks like another interesting application from Google and now that the information in boosted with info from partners in Denmark it has the potential to be a nice tools – not least in the version for mobiles.
Peter Friis, Google, at the launch of Google Maps in Copenhagen 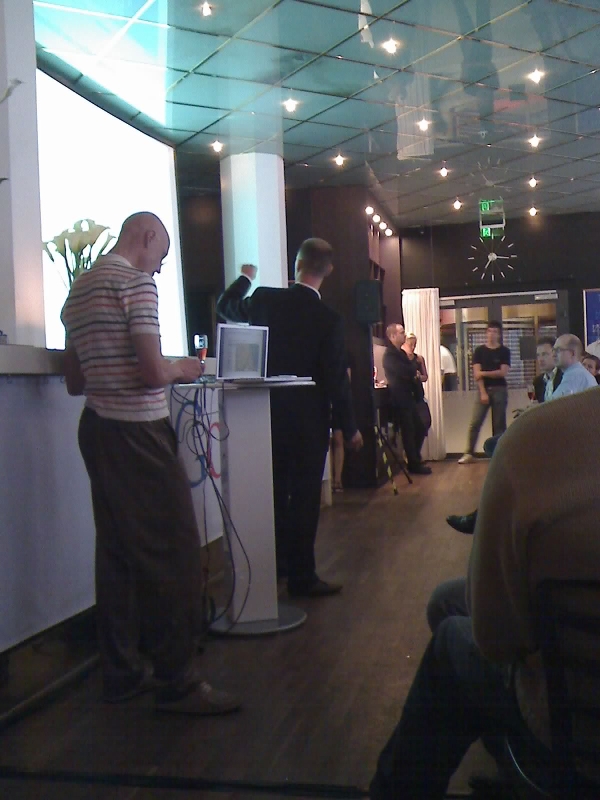