In Denmark a website www.kyllingen.com is collecting signatures from people who think that Michael Rasmussen unfairly was robbed of his chances to win this years Tour de France – a Tour de France he would have won if it wasnt for the preassure by the Tour de France management and the bad decision making of the Rabobank management who took him out of the race…. the site is of course not made to change anything that has happened, but only as a support to this great rider.
Go support Michael Rasmussen – he deserves it! 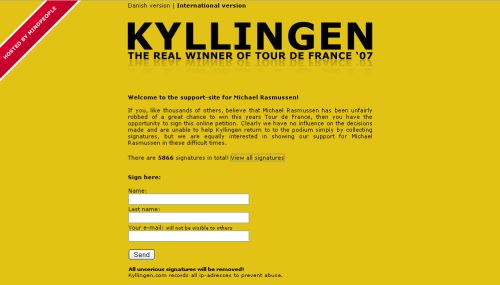