Rolling Stones did a great job Sunday and gave Copenhagen one of their best concerts – a concert that made us all forget that the guys up there were past the sixty and made us remember that Rollings Stones make one of the best Rock n Roll Circus’s…
Mick Jagger was running like a mad all over the huge stage, Ron Wood was really good on the guitar and Keith Richards looked very ready starting up with agressive rifs on his guitar – these guys were really ready and gave a great concert.

Benjamin was also ready for the concert 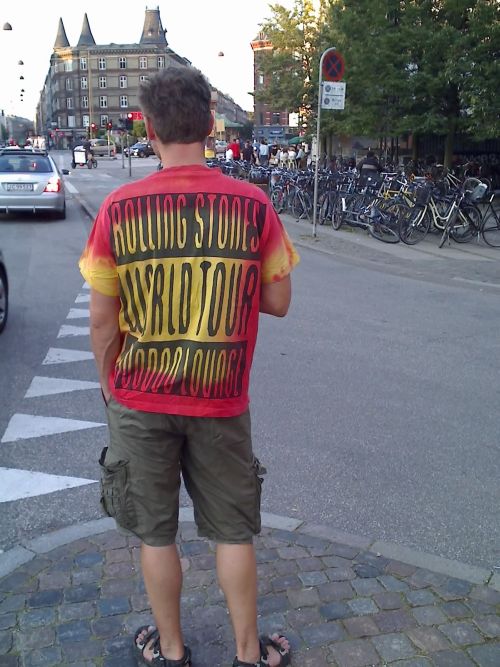 And then they started with Start me up (of course!) 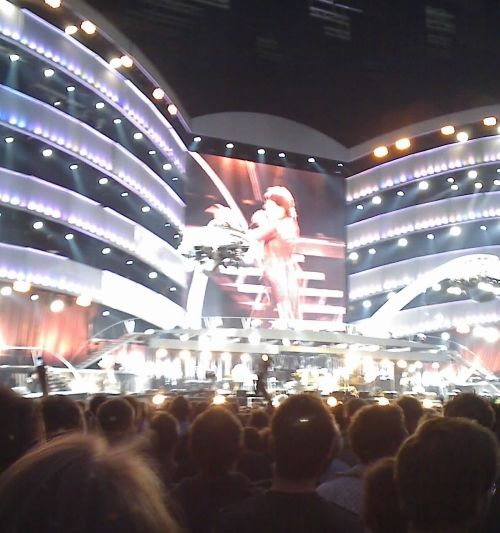 Nearly in black and white 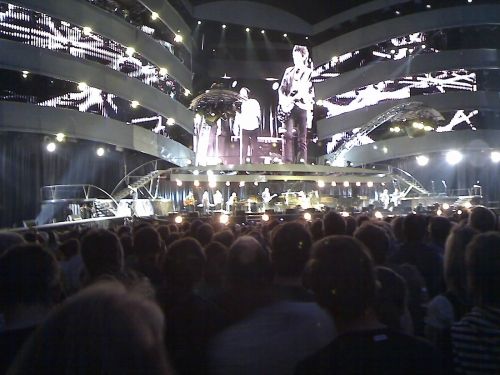 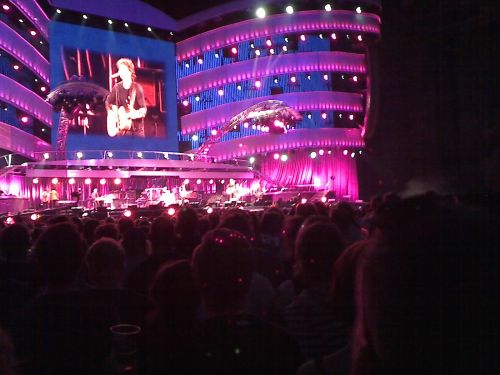 A sliding scene bring the Rolling Stones out in the middle of Parken – a cool feature! 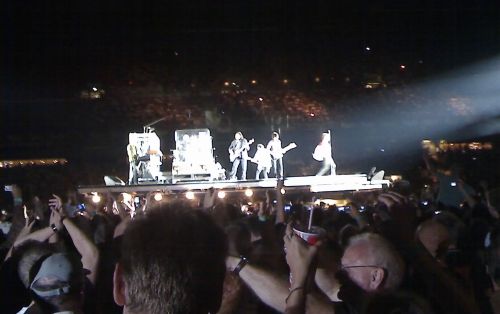 The sliding scene slides back and a huge tongue comes out… 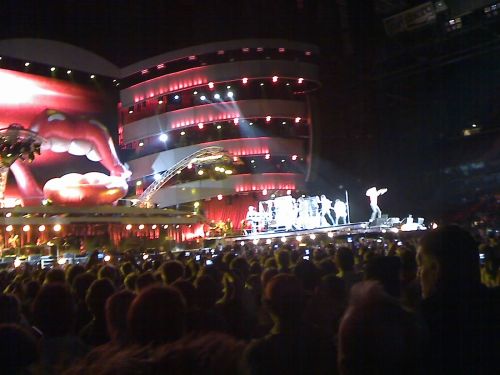 And its all over….  for this time… 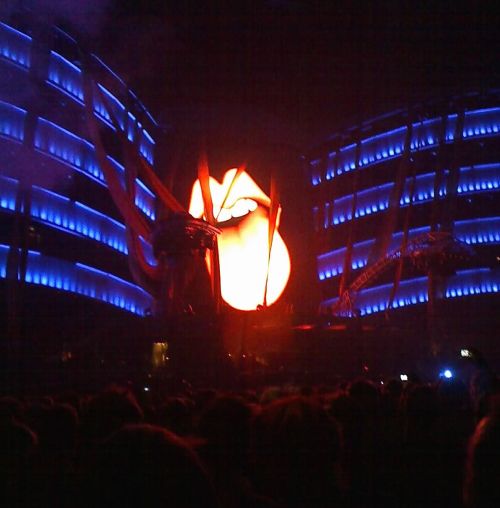 After the concert you have that feeling that this time it was not the last time…..  and it probably wasnt…  these guys just keep coming back – sooo cool!