Sunday was certainly Bruce Springsteen evening and with a 3 hours concert it wouldnt be too much to say that he owned the evening – certainly he ruled it! big time!

But before the concert it was time to get into the stadium ‘Parken’ in Copenhagen, a small talk, loosing our friends Christian and Steffan (and the beers they were getting for us – bad luck!) and for Benjamins girlfriend Mercedes to tell her stand-in what kind of food her horse would like for dinner…  not kiddin…

Benjamin and my brother Peter chatting 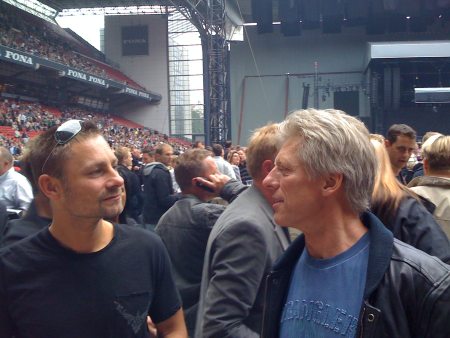 And Mercedes mobiles the dinner plan for her horse…. 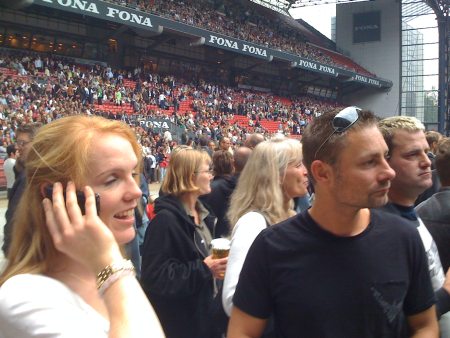 And then it was time for Bruce Springsteen to rock us.
It was in fact an incredible concert full of energy – even though I’m not the biggest Springsteen fan I liked it a lot. Of course I was most interested in the elder stuff, but the 4 numbers from the new record and the country crap for the end couldnt change my impression that this was a great concert and I would do it again and again….
And with the band in a ‘greatest hit’-mode (Bruce collected big signs/whishes from the crowd and they played some ‘not played live for a long time’ songs) and full on energy nothing could stop them… 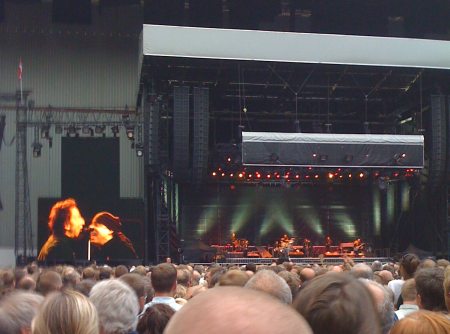 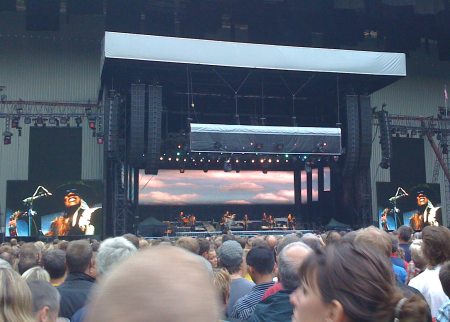 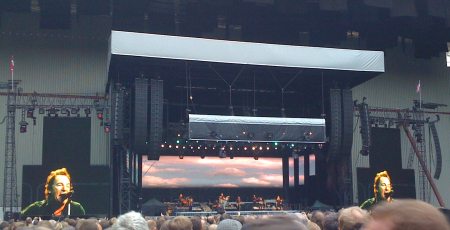 And another shot of Bruce Springsteen 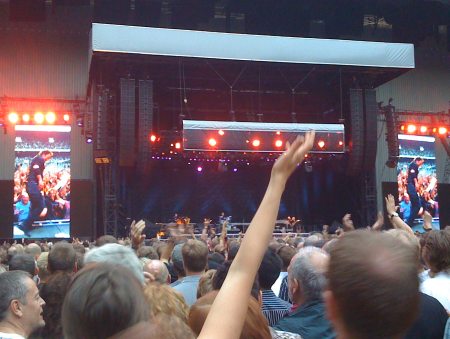 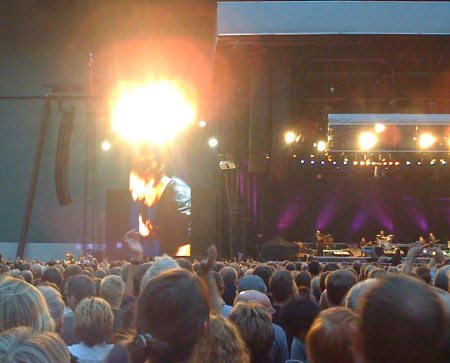