AidOnline steals the banner revenue and gives it to NGO’s!

I cant really express how bad I feel about the concept of AidOnline. Whats on the outside sounds so nice with 80% of all banner revenue going to NGO like Red Cross ect. (and AidOnline keeps 20% for admin ect.) is really just the work of “thieves in the night”…
AidOnline ask users to download a small program that when the user surfs the net removes the websites banner (and revenue) and setup AidOnlines banner (the clients of AidOnline) instead…
Its pretty obvious for most people that this practice might be on th edge to be illegal (and it might even be illegal – I’m no lawyer, so I’m not to tell) and certainly its clear that its a practice that takes away the revenue from the company/people running the website….

I find it sick that AidOnline could come up with this concept (but the concept of no work and free money is of course not new to some people..), but I find it even more sick that these NGO who often get free banners from the websites they now practically “steal revenue” from does want to partake…
And they are the same “companies” that talks so much about Social Responsibility…

Of course my first thought was that somebody at AidOnline had made a nice “sale pitch” to the NGO’s and you cant blame the NGO’s if they were plain ignorant… BUT today both Danish part of Red Cross and Sos Børnebyerne told in an interview that they knew about it – in fact fundraising director Kenneth Ã˜hrberg of Red Cross said the follwing when confronted with the fact that they are taking advertising revenue away from the Internet Medias “”Ja, selvfølgelig har vi det, men det er en udvikling, der sker inden for internetmedierne. Det er ikke en udvikling, vi som sådan står for, eller man kan kÃ¦mpe imod. Bannerannoncer som koncept er på vej ned.” – yes, Red Cross and fundraising director Kenneth Ã˜hrberg knows exactly that they are taking those revenue away from the Internet Medias – or should I call it steal it…
Usually Red Cross and other NGO comes to my door to ask – now they take!!!! 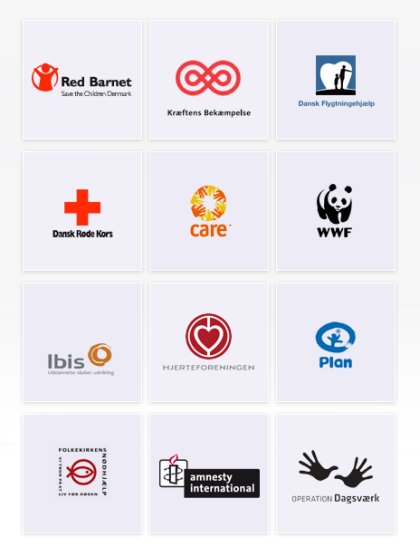