It might sound like a tall story, but I did in fact meet the former Danish Ultimate (star) player Jacob Juel Pedersen yesterday and after a small talk about life ect. I asked him if he was in for some GUTS in the future, and he didnt really say no, sooo..  in fact he smiled and revealed that he had tried it several times, so I’ll take it as he’s ready for some GUTS…  😉

Mathias, are you ready soon???
(its summer…  even though is raining a lot just now…)

No we’re getting a lot closer to point where we have no excuse for not starting to play some Frisbee GUTS – we are now 4 people for sure (not enough for a team yet…  ;-), but  the Frisbees for GUTS did arrive the other day!!!
Sooo Martin, Mattias and Mehlbye – let’s go! 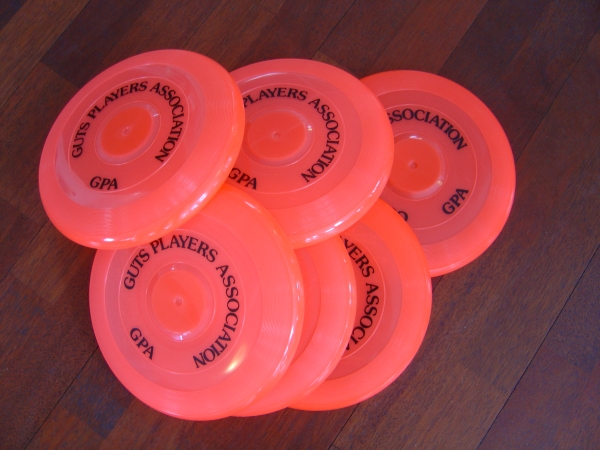 Mattias and I have been talking about setting up a Guts team in Copenhagen for a looooog time (the last 3 years I guess and we havent been playing Guts once in that period.. hmmm), but now its gotta be!
Sooo we are skilled (and unskilled) frisbee/disc players who are ready to throw some disc… and make some great catches!
More will follow soon…