I havent been very active on my blog lately (the last couple of month), so it seems like googleseo.lt from Lithuania decided it was game for a bit of blog spam…
Please googleseo.lt, dont use your time spamming my blog – if you just used a bit of time checking out wordpress and my site would would know that it would get caught.. 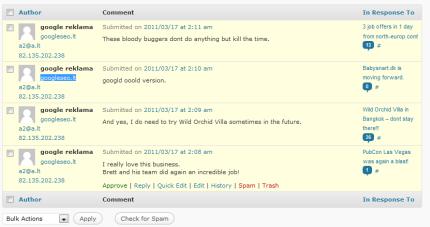 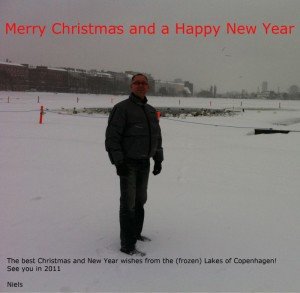 Just because Buakaw was a K-1 Max 2 times champion doesnâ€™t mean that the Japanese producers behind K-1 likes him a lot and they have changed the rules several times to take away the â€œmain weaponsâ€ from the Muay Thai fighers â€“ so it was a surprise that Buakaw didnâ€™t participate in K-1 Max 2010, but not really a big surprise. Not said that Iâ€™m not VERY disappointed by K-1 Max!

And by Buakaw Por. Pramuk winning the famous Shoot Boxing World Tournament 2010 he certainly showed the world and the K-1 producers whoâ€™s the real champion and whoâ€™s missing in K-1 Max!

Check the 2 links below for some of Buakaws  Shoot Boxing World Tournament 2010.
Buakaw Por. Pramuk vs. Toby Imada, Final

Isnâ€™t it just amazing how Buakaw is controlling the fights?
I love the style!

3 job offers in 1 day from north-europ.com!

I feel just as lucky as when some nice stranger from Nigeria is offering me 10 billion dollars to help with some simple transaction, because today I got 3 job offers from the same “company”‘s, north-europ.com, 3 nice “employees”.

Check out the email from Rodrigo@north-europ.com

Or the one from shelby@north-europ.com

I’m wondering what these scamsters are up to?!  😉

My friend Per send me this yesterday and its such good fun (and also a bit scary)…
Have fun!

In her radio show, Dr Laura Schlesinger said that,
homosexuality is an abomination according to Leviticus
18:22, and cannot be condoned under any circumstance.

The following response is an open letter to Dr. Laura, written by a US man,
and posted on the Internet. It’s funny, as well as informative:

Thank you for doing so much to educate people regarding God’s Law. I
have learned a great deal from your show, and try to share that
knowledge with as many people as I can. When someone tries to defend
the homosexual lifestyle, for example, I simply remind them that
Leviticus 18:22 clearly states it to be an abomination … End of
debate.

I do need some advice from you, however, regarding some other
elements of God’s Laws and how to follow them.

1. Leviticus 25:44 states that I may possess slaves, both male and
female, provided they are from neighboring nations. A friend of mine
claims that this applies to Mexicans, but not Canadians. Can you
clarify? Why can’t I own Canadians?

2. I would like to sell my daughter into slavery, as sanctioned in
Exodus 21:7. In this day and age, what do you think would be a fair
price for her?

3. I know that I am allowed no contact with a woman while she is in her
period of Menstrual uncleanliness – Lev.15: 19-24. The problem is how
do I tell? I have tried asking, but most women take offense.

4. When I burn a bull on the altar as a sacrifice, I know it creates a
pleasing odor for the Lord – Lev.1:9. The problem is my neighbors.
They claim the odor is not pleasing to them. Should I smite them?

5. I have a neighbor who insists on working on the Sabbath. Exodus
35:2 clearly states he should be put to death. Am I morally obligated
to kill him myself, or should I ask the police to do it?

6. A friend of mine feels that even though eating shellfish is an
abomination, Lev. 11:10, it is a lesser abomination than
homosexuality. I don’t agree. Can you settle this? Are there
‘degrees’ of abomination?

7. Lev. 21:20 states that I may not approach the altar of God if I
have a defect in my sight. I have to admit that I wear reading
glasses. Does my vision have to be 20/20, or is there some wiggle-room
here?

8. Most of my male friends get their hair trimmed, including the hair
around their temples, even though this is expressly forbidden by Lev.
19:27. How should they die?

9. I know from Lev. 11:6-8 that touching the skin of a dead pig makes
me unclean, but may I still play football if I wear gloves?

10. My uncle has a farm. He violates Lev.19:19 by planting two
different crops in the same field, as does his wife by wearing garments
made of two different kinds of thread (cotton/polyester blend). He also
tends to curse and blaspheme a lot. Is it really necessary that we go
to all the trouble of getting the whole town together to stone them?
Lev.24:10-16. Couldn’t we just burn them to death at a private family
affair, like we do with people who sleep with their in-laws? (Lev. 20:14)
I know you have studied these things extensively and thus enjoy
considerable expertise in such matters, so I’m confident you can help.
Thank you again for reminding us that God’s word is eternal and unchanging.

James M. Kauffman, Ed.D. Professor Emeritus,
Dept. Of Curriculum, Instruction, and Special Education
University of Virginia PS (It would be a damn shame if we couldn’t own a
Canadian)

Yeah, its rather old – more than a month, but its still great fun!

Bing and Yahoo! has overt he last 8 months been climbing steadily in their shares of the of searches in the US and now they have a combines share of over 30%!
Bing (Microsoft sites) is now at 12,1% and Yahoo! sites is at 18,3% making the combined â€œMicroHooâ€ at 30,4%!

So dont forget Bing at Yahoo! in your next US PPC campaign!

Who’s faster than a potato – Chrome vs. Opera

Google decided to make a cool video showing how fast Google Chrome is compared to a potato, the sound and the lightning…

Yes, as you can see below Chrome is winning against those 3!


But it didnt take Norwegian browser Opera much time to “reply” with a even cooler and more funny video – DAMN, Opera is just soooo much faster than cooking a potato!