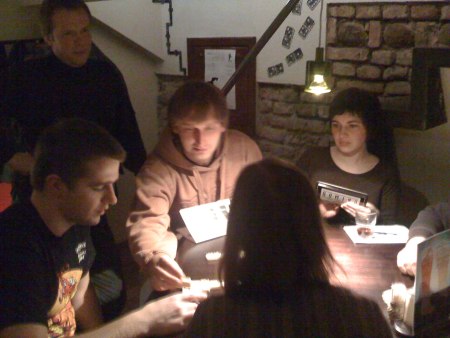 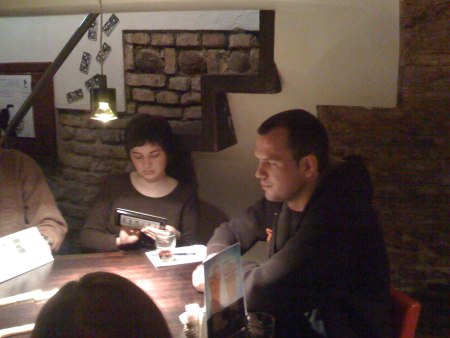 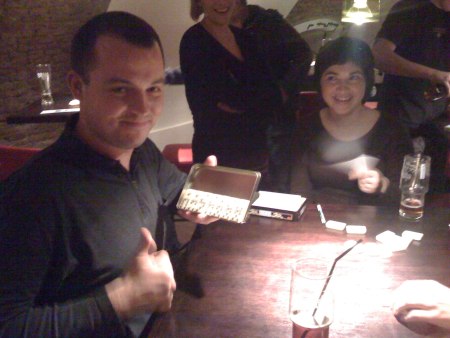 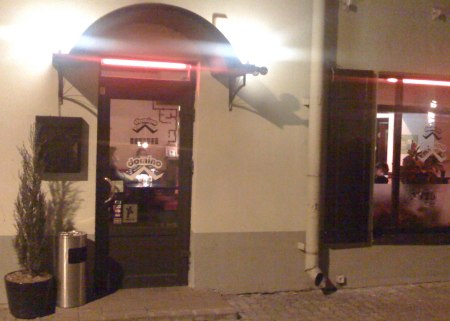 Tuesday evening I went cigar-clubbing in Vilnius with my friend Domas and Jurgio aka George.
Domas and George picked me up for some food at the nice place Rene – Belgium heavy food for men and a couple of their strong beers…  nice, but not something you could do everyday..  the food was delicious, but too fat for everyday…
Afterwards Jurgio suggested that we went to a new cigar club that was about to open, but we could get in anyway, so…  I dont smoke anything, not even a good cigar, but when I heard about a good selection of Calvados and a couple of Single Malts I was rather easy to persuade…
The cigar club was really really nice and the service was competent and servicemindend – situated in the old town of Vilnius it was of course in one of the old house…  so cool!
And George told me that we will also be able to use a room there for a small private poker session…  just between friends..  not bad at all…  need to test it sometimes in he future….

The cigars are being lit by our chef while George is enjoying the nice cellar room we’re in.. 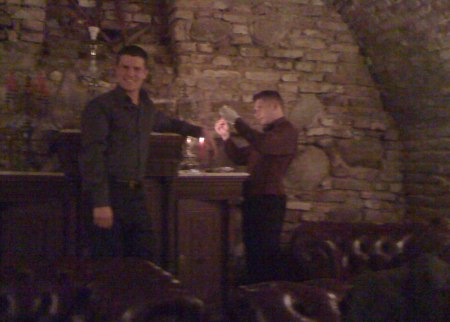 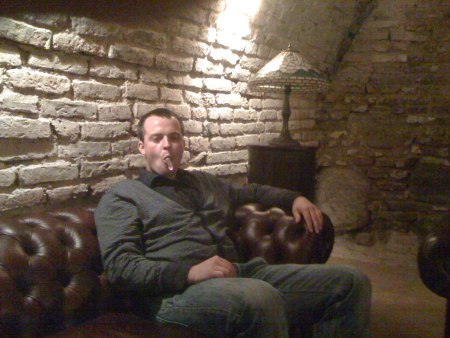