December 23rd with my friend Per KlixbÃ¼ll in Odense

Per and I know each other from the University time in Odense (the town of Hans Christian Andersen) – both being cool instructors in IT applications and database design and programming (in the good old Borland Paradox days). So Odense was an easy choice for brunch now that Per was in Denmark with his family and it should of course be at Franck A (beware, Flash site….) – a Odense classic, but redesigned big time. It didnt have the look we liked when studying in Odense, but it was certainly looking great now!
And the food was delicius – do go there!

Franck A in Odense 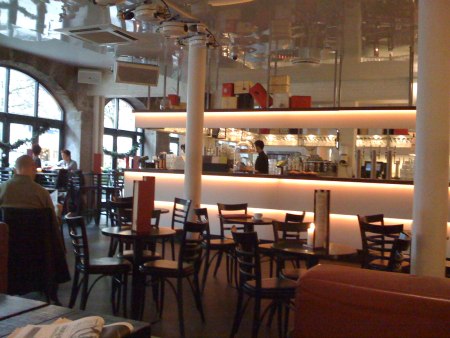 I raced with the train from Copenhagen and Per got one of the family cars and we sort of meet half way (in Odense), but Per included a bonus for me!!! It turned out that Klix was also bringing his wife Inger and my friend Gus (Erik Gustav) – such a good idea!

I was bringing in presents for Gus from me and Irina – a presesent for Christmas and one for Gus’ 2 years birthday in February. Of course we “made” Gus open the presents on the spot. 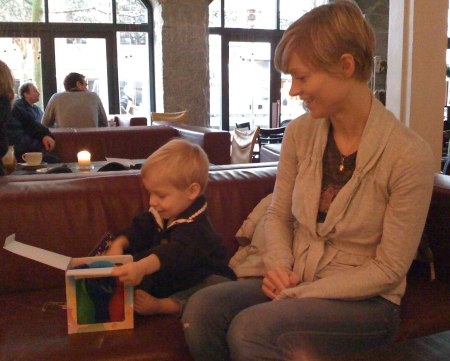 A personal Bowling alley for Gus and a small train – all of it in soft material from Rubbabu. Do I need to tell that I did find them at Klodsmajor?  😉

We spend a couple of good hours at Franck A and it was good to see the Chicago family again. A lot has happened since last time.
Per is now a director at Chicago Apartment Finders, their sandwich shop is going fine, Inger is working hard at Ogilvy, Gus is getting bigger and walks around and I heard rumours about Inger designing some cool covers from prams…..

And then it was time for a small walk in Odense. Gus is getting ready… 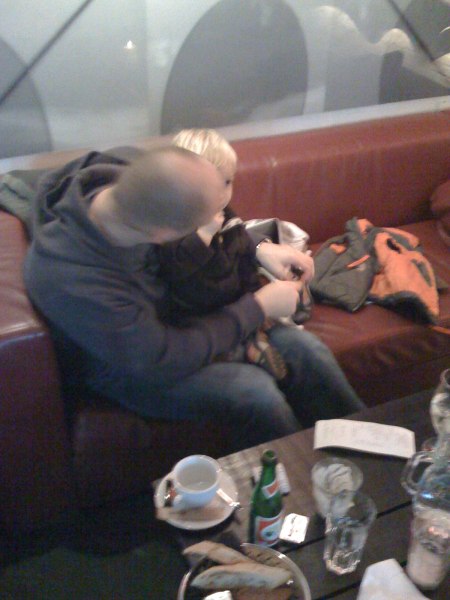 Goodbye to Franck A – the KlixbÃ¼ll family 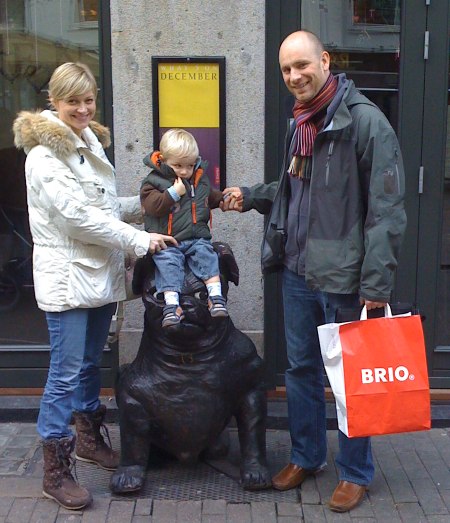 Per and I checked out a couple of the old places…
We went to the party area Arkaden. Not much has really changed here. 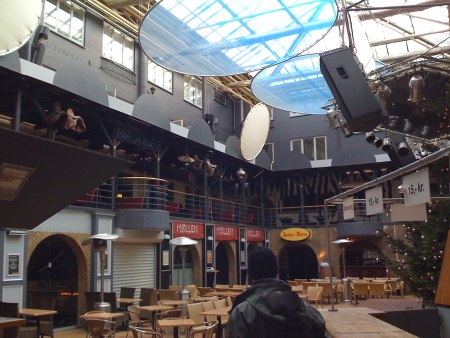 After some good hours in Odense it was time for all of us to head for Jutland – The KlixbÃ¼ll family to Vejle and me to my brothers place in Holsted (rather close to Esbjerg in the West Coast). I got a ride to Fredericia – Gus was waching movies and taking a small nap… 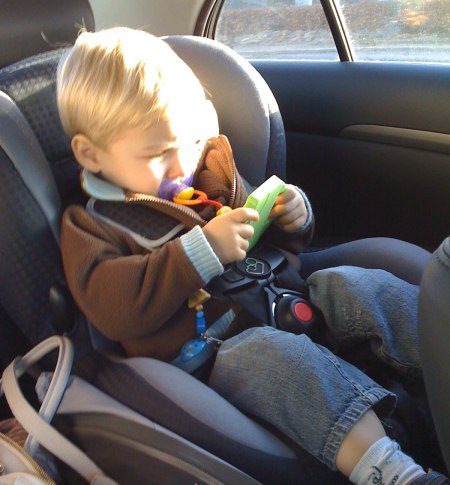 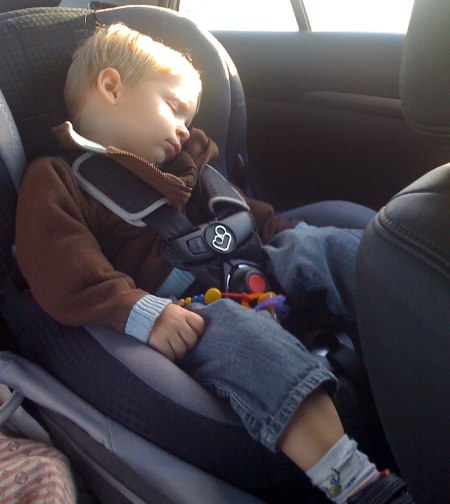 Thanx to all of you – it was soooo good to see you again!