I have been writing about the robot dinosaur Pleo before – a cute robot with the looks of a dinosaur that is so much better than the ‘old’ Sony robot AIBO – faster, cheaper (a LOT) and much cuter….
And now Susanne has decided to sell Pleo from our online shop Klodsmajor.dk – so cool, even thought it might end up with me ‘having’ to buy one…  hmmmm…
Btw I really like the idea that Susanne will have a Pleo walking around in the office as the office-pet-dinosaur, giving the customers coming around the posibility to see this cute toy and give him some attention… nice!

Pleo hanging out at at table 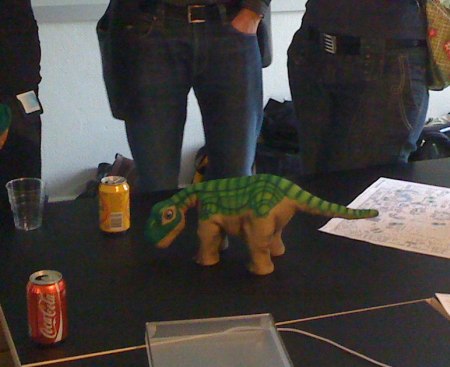 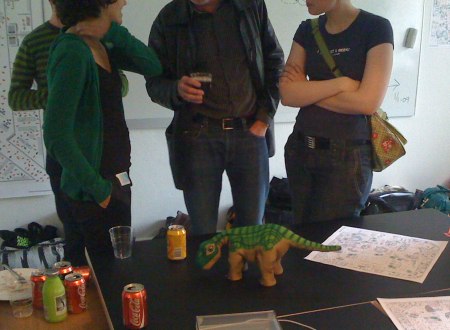 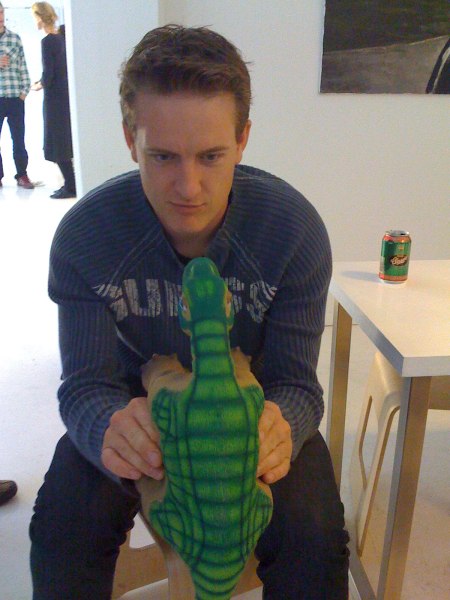 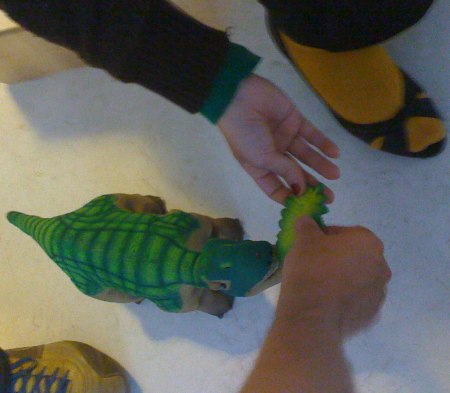